SubseaCo has played an integral part in establishing and driving energy projects and related business initiatives in the UK, Norway, Texas, the Philippines, Singapore, Malaysia, New Zealand and Australia.

SubseaCo has, as subcontractors to oil companies and engineering groups, project managed and led engineering teams on field developments such as:


Our people have also led various field development studies for:


and have carried out pre-FEED work for Worley Parsons on:


On behalf of our clients we have run programmes to rationalise their subsea businesses, set up joint ventures for local manufacturing, and implemented initiatives to increase business unit profitability and reduce operational costs.

SubseaCo's preferred working model is to provide its own leading specialists as a nucleus for the establishment of wider project teams comprising client and contractor personnel.

We have proven systems in place that can be adapted to suit each project and business initiative. Importantly, SubseaCo always keeps firmly focused on HSEQ responsibilities.

A sample of recent projects are included below: 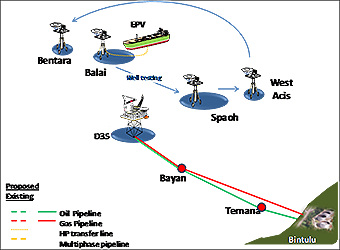 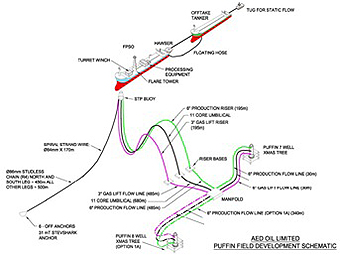 Project management, engineering and project support activities for the Puffin Field Development for AED Oil Limited and later their JV partner Sinopec. Initially SubseaCo's principals consulted through Oceaneering (formerly AGR Group) on subsurface, drilling, installation and testing two (2) initial development wells including the procurement of related facilities and equipment in particular the seabed equipment, flowlines, risers, tie-in systems and moorings. After first oil, the principals of SubseaCo ran the offshore operations for AED until the operatorship was taken over by Sinopec whereupon AED's involvement was via JV arrangements. 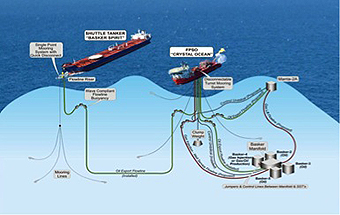 SubseaCo was subcontracted to the BMG Joint Venture Operator Upstream Petroleum (UP) to manage the Basker-Manta development project. SubseaCo sourced additional personnel from its prior projects to augment the team.

SubseaCo project managed all BMG requirements including the drilling and FPSO conversion operations. It led the procurement, delivery, installation, hookup and commissioning of the risers, flowlines, umbilicals and mooring systems for both the Early Production Test (EPT) and the Full Field Development (FFD) Phases. Installation for the EPT phase was carried out by Technip and the FFD installation works were carried out by Clough, all as directed by SubseaCo's Project Manager.

The FFD FPSO conversion upgrade required additional process modules and a larger compression system. Additional wells - Basker 3, 4 and 5 and Manta 2a -were drilled for FFD and a subsea manifold was installed. The Basker wells were controlled using manifold mounted subsea control modules. Manta 2A produced through its own dedicated riser and was controlled by direct hydraulics. 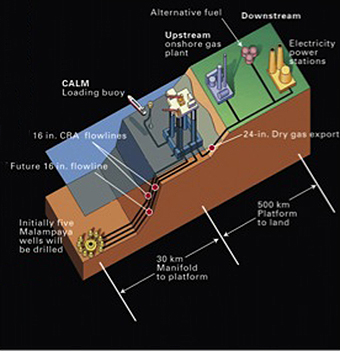 The development of Malampaya posed a myriad of daunting logistical, social, environmental, and financial challenges. It required the active participation and involvement of government agencies, communities, and both Filipino and multinational companies. The DOE played a key role in making Malampaya a reality.

Cooper Cameron Corporation Inc contracted SubseaCo’s small team to assist in developing subsea field layout concepts, design and manufacture of the subsea tree’s, a manifold, pipeline End modules and tie-in systems. In addition a state of the art electro hydraulic multiplex controls system were designed and built. An international project team (located across the UK, Singapore, USA and the Philippines) was led by SubseaCo's project manager carrying out FEED, detailed design, manufacture, assembly, testing and installation for and on behalf of Cooper Cameron.